We showed the referential data of response time of thermal links as Fig. 2. We measured how long it took for the samples to function after putting them into silicon oil which was kept at predetermined temp. The result showed that the samples functioned after around 10 seconds at the temperature which slightly exceeded their functioning temperature. 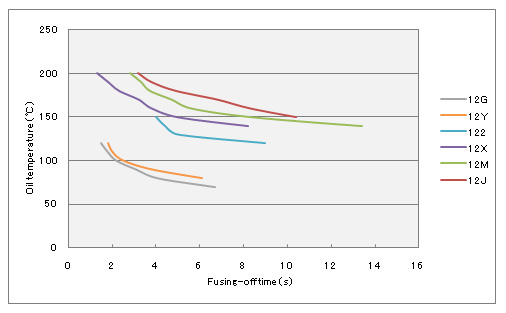 The test result showed how the thermal links deteriorated when they were exposed to high temperature for a long time.

As the Fig. 3 showed, the functioning temperatures of the samples were stable. 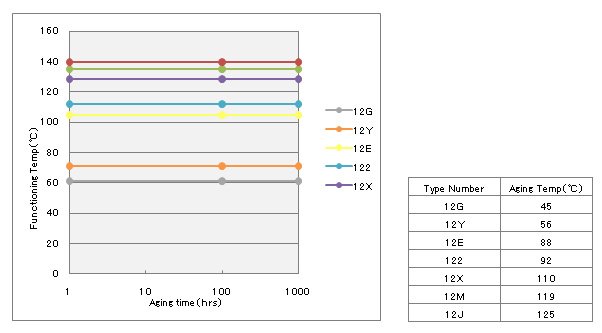